A lot has been happening over the last few months, and I’ve been relatively quiet about it for the most part. Well, things are finally confirmed enough now that I feel comfortable talking about it publicly – I’ve accepted a job in Los Angeles and will be moving in about two weeks.

I’ve just recently accepted a position as a software developer at the University of Southern California. As much as I love working at the University of Memphis, there have been a number of contributing factors leading me toward something new. I first got in touch with USC last October when they were looking for a Shibboleth Administrator; of course, I’ve been working on Shibboleth for the last year and know the project very well. Things didn’t quite work out, but I didn’t worry about it too much as I had several other opportunites come up right at that time.

Over New Years, I spent two weeks in LA to go to a concert and see some friends, and while I was there I setup a lunch with the guys from USC. I was actually interested in just meeting the guys, but also figured I could poke a little more about any positions they had available. It was a good thing we did meet, as they had a new development position they wanted to create that I’d be a great fit for. It’s now about three weeks later, and I’m packing my bags for California.

About five years ago, I started working with Skillet to help build and organize a community website for their fans. A year or so into the project, I met Elisabeth who was administering another aspect of their fanbase, and we worked together in various capacities for the next couple of years. She was living in southern California, so I finally got to meet her in the Summer of 2002 when I took a trip with some friends out there to see Skillet and meet some of the CA panheads. There was always a mutual attraction between the two of us, but given the distance and unfortunate timing nothing really happened. Life went on, and we lost touch for about a year or so until my initial contact with USC in October. I got back in touch with her to let her know what was going on, and the timing was finally right – everything just clicked. Even though the job didn’t work out and it didn’t look like I would be moving to LA, the machine had already started and neither of us had any intention of slowing it down. When I was in LA for New Years, I stayed with her and her family and we hit it off really well.

There’s one other detail that helps bring things into perspective a little bit. After the original position at USC didn’t look like it was going to work, my boss put me in touch with a colleague of his at a very prestigious university in Washington, DC. I don’t know how else to put it, but this was quite simply the greatest job opportunity I’ve ever had. I would have been continuing with the project I’ve been working on the last year, but using it in really unique ways in medical and government applications. I’d be contributing to cancer research projects, helping secure inter-departmental communication within the national government – it’s what I like to refer to as “saving the world” type of stuff. On top of that I love DC, love politics, and would only be a couple of hours away from my brother and his family in North Carolina.

This isn’t to say that I’m at all disappointed in the job at USC, quite the contrary in fact. I say all this now so that when I tell you that I’m moving to California for a girl, you can understand that this is not a whimsical, impulsive move. We’re certainly not picking out rings in the immediate future (not a big fan of really long engagements), but suffice it to say I wouldn’t be turning down the job in DC and moving across the country if this wasn’t serious. We’re being very deliberate to keep our friends, families, and churches involved every step of the way to make sure we do this right. Right now she’s in school at SDSU working on a bachelor’s degree in business. Hopefully she’ll be graduating Spring 2007, and after that… well, all in good time.

Current plans are for Elisabeth to fly to Memphis on February 9th, and then we’ll drive back to California that weekend. USC is putting me up in temporary housing for the time being until I can find a place to live in LA, which is a really nice relief. Most of my contact info won’t be changing anytime soon, but just know that my contact page will always have the latest. Several friends have suggested having a little send-off party (I’m thinking on the evening of the 9th, so everyone can meet Elisabeth), so I’ll have more details here for those Memphis folks that wish to attend. 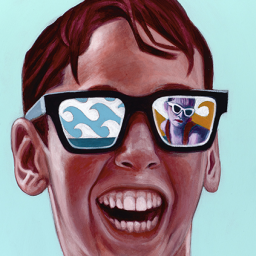 Hey man, sounds like a really great opportunity. I’m really glad and excited for the both of you and I wish you both the best of luck.

And if you do change your mind, there’s always a warm bed and hot meal for you here in Alexandria.

Matt January 30, 2006
awesome. watch out for thugs though. i hear they like to beat people up and take their credit cards…and stuff.

will January 30, 2006
@Joe: yeah, I thought it was really weird how close we came to both moving out to the DC area. It’s good to have you back in the states, even if you are on the opposite coast.

Pamela January 31, 2006
Congratulations! Of course, I will hate losing my inside contact at U of M, but just put me in your will after you become rich and famous and all will be forgiven. Keep in touch… I’ll let you know when/if we’re ever in LA.

Pops January 31, 2006
I believe the time has come to finally say “congratulations” without throwing any caveats in there. I hope you have time to show Sugar Lips around “Big M” while she’s there, but suppose that may not happen if you’re packing and getting ready to travel halfway across the country. Have fun and break a leg!

Really, really happy for you two :) You are such a wonderful person- diligent and wise and a PLEASURE to have worked with and known here in Memphis. YOU deserve the best!

P.S. Thanks so much for all of your work and care on the website. Even tho we’re not quite up and running because of directional issues- it’s been a fun journey!: :)

maybe itâ€™s not the bees that knowâ€¦…

So I made the jump back to a regular desktop at home today. The difference in screen brightness between my actual monitor and the screen on my old TiBook was getting to me so I slapped Slackware Linux on my Athlon and set it up. I now have another com…

New Beginnings April 18, 2008
[...] it here on my site, but I’m getting married in two weeks. If you remember, I originally moved to California for Elisabeth a little over two years ago, and now we’re finally getting married. We’re [...]