Last week I wrote about how hCard is much more appropriate than OpenID for the provisioning use-case and Chris continued that discussion, questioning why we need SREG and Attribute Exchange when hCard works just fine.

So the question is, when OpenID is clearly a player in the future and part of that promise is about making things easier, more consistent and more citizen-centric, why would we go and introduce a whole new format for representing person-detail-data when a perfectly good one already exists and is so widely supported?

While I certainly agree with Chris that hCard has a role to play in the new world of online identity, I don’t want SREG or AX to be dismissed too quickly. I don’t believe he was suggesting that hCard would replace SREG/AX in all use cases, but I want to labor this point just a little bit so that others are not confused.

There is one huge benefit to SREG and AX that hCard doesn’t (and by it’s nature, can’t) address… releasing different attributes to different relying parties. This can take a number of forms. The one most commonly supported in OpenID providers today is the idea of personas - a complete set of attribute values that reflect your online identity within a particular context. You may have a “work” persona that includes your formal name, work email address and website, etc. Separately, you may have a “personal” persona that has some informal nickname along with a personal email address, website. etc. Separate still, you may have an “anonymous” persona that includes little (or fabricated) data about yourself. Depending on which relying party you are authenticating to, you may use a particular persona.

Varying this slightly, one can imagine a use case that will be become increasingly important as OpenID continues to expand. hCard is suitable for public attributes I want to post for the world to see, but what about not-so-public data? It will likely be some time before we start transferring credit card numbers over OpenID+AX, but I have no doubt it will happen eventually (as nervous as that makes even me). But even before then, I can imagine a host of data that I may need or want to provide to a relying party, but do not want to publish in my public hCard. As I included in my OpenID provider wish-list, OpenID providers will need to provide the tools to manage the policies controlling this release of data, a feature that has the potential to really differentiate one provider from the rest of the pack. This fine-grained level of control has always been a core requirement for the Shibboleth SAML Identity provider, and I would argue that the (currently beta) Shibboleth 2.0 IdP has one of the most powerful and flexible (and admittedly, verbose) filtering engines of its kind anywhere.

So there are really two issues at play in Chris’s question, that of the data format and separately, the mechanism for conveying that data. I haven’t really addressed the issue of the data format, because I agree with Chris in principal at least. His comparison table of attribute names shows a very clear overlap between the different methods, and perhaps it would be useful to work to consolidate some of that. But the mechanisms for making that data available address different, and equally valid, use cases and each play a role in making all of this stuff work. 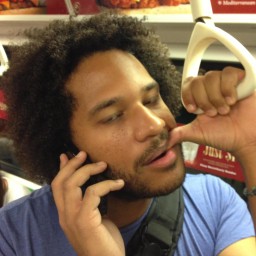 It seems very unlikely to me that you would use the same OpenID for exposures of identity. That's a single unique identifier that the other sites (as adversaries) can correlate with.

Once you separate have separate OpenIDs, having separate hCards is a clear jump.

So, no, I don't think this argument works.

However, hCards are semi-public and certain that is an issue. If the hCard concept has the consumer accessing the same URL - then there must be a way to recognize the source and return customized information.

And I haven't heard any talk of how that is supposed to occur.

agreed, it is much more likely that truly different personas would be represented by different OpenID URLs, but many providers support this concept today as I described it.

The much more provocative use case is private data, and I really don't think shoe-horning hCard is the most appropriate or secure way of handling that. Not only because of the technical question of how it would be done, but also because I am much more comfortable knowing that it can only occur at the time I login, as is the case with SREG/AX (excepting that AX can perform subsequent updates of the data). 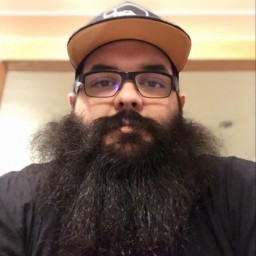 Jason November 6, 2007
Not to even mention that there are and will be some people who do not maintain a profile page, nor webpage of any kind, but would like to exchange attributes to RPs that request them.