For a while now, I’ve had two different personal websites. I have my personal blog at willnorris.com, which you’re reading now. And I also have my “identity site” at will.norris.name, which includes my hcard, activity stream, contact list, and a list of my profiles on various websites. I’ve also used this identity site as my primary OpenID for quite a while.

I’ve been considering consolidating these down into a single site, putting my activity stream on the front page and my blog under a sub-directory. Of course I’ll setup proper redirects and such so that no links will be broken. I can also update my OpenID at all of the services I use, so that’s not really a problem. .com as a TLD is certainly more familiar with people, but the .name is technically the “correct” TLD for individuals. So now I’m relying on others to give me input… which domain should I use? 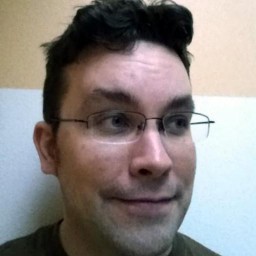 I’d say while it is more technically correct to use the .name tld, it’s also annoying when you verbally tell someone the url. Most users (nontechnical savvy especially) will end up typing one of the following: willnorris.name.com www.willnorris.name

Unless you control those as well odds are people will go to the wrong place. I’d suggest forwarding will.norris.name to willnorris.com and then continue using will.norris.name as your primary OpenID. So basically keep it the same just migrate non OpenID info to the .com tld.

I do have www.will.norris.name as well as willnorris.name for exactly the reason you described. can’t do much about the *.name.com though.

the problem with trying to forward the .name, but still use it as an OpenID, is a question of how to technically do that. In order to get the “Google juice” from .name to be pushed over to .com, I have to use an HTTP redirect. However, if I do that, then the OpenID will be redirected as well. Technically I’m supposed to be able to use a 303 redirect, which should not effect the OpenID stuff, but few libraries handle that properly. Realistically, I’m just going to have to choose one or the other.

Chris O'Rourke November 14, 2008
Wouldn’t a browser detect script work in that regard? Browser based GET = forward to willnorris.com all other traffic remains? Not anywhere close to an elegant solution but I think it may just work.

Sure, it’s not a problem for browsers getting redirected over… I could simply use

The problem is that Google won’t transfer the reputation I’ve built up on .name over to .com in that case. In order for Google to transfer that reputation over, I have to do an actual redirect (possibly even a 301 - permanent redirect)

Chris O'Rourke November 14, 2008
Good point. I still feel that there has to be a solution. Wait if both sites run Wordpress why not just share a database and keep both sites with identical content? I think that there is a way to keep google from thinking you’re a spammer (may just be a simple email). It’s a shame that google hasn’t anticipated these sorts of issues as they embrace OpenID

but again, keeping the sites separate (even with duplicated content) prevents the desired effect of merging their Google reputations.

I wouldn’t expect Google to anticipate something like this… it’s certainly an edge case, and one I created myself by setting these up as two different websites to begin with.

Chris Messina November 14, 2008
I’d say go with willnorris.com. It is what most people will type, especially into teh Google, and Google likes it when a search term is in the domain name.

Will Norris November 14, 2008
if people search for “will norris”, either domain will work equally well.

Stephen Paul Weber November 14, 2008
I prefer will.norris.name I’m a firm believer that personal websites should not be *.com. Just make sure you do proper 301’s to the right sub-sections of the new site and it won’t really matter :) 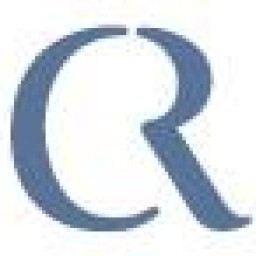 CanyonR November 15, 2008
I would put everything onto willnorris.com and start rebuilding the google juice that you would loose. What are you planning on doing with the blog url? I would expect it’s either blog. or /blog. Is there any evidence that google prefers one over the other?

While willnorris.name may be more correct, willnorris.com is much less confusing to communicate to the non-tech-savvy user.

Since we’re talking about it, why is *.net not used more for personal websites? To me, it seems like the perfect compromise, avoiding the confusion of *.name, but not misrepresenting yourself as a commercial entity by using *.com.

the .net gTLD, according to the Wikibrain, “was initially intended to be used only for the computers of network providers (such as Internet service providers)”.

Odin Omdal Hørthe December 9, 2008
Sorry to ask, but how did you put together will.norris.name? It looks very cool, a nice tumblelog/personal aggregator or what it is called. :-)

You’ve got an error in your HTML-code to our links. The rel=‘nofollow’ etc is in the URL… :(

And also, rel=nofollow should maybe be turned of when you’re not a spammer. 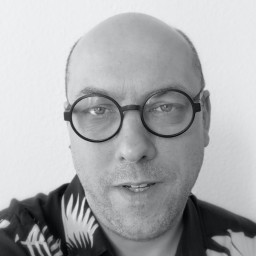 I’d say, don’t bother with the .name tld. Basically it’s just one of the many new TLDs and each new one makes all of the previous ones even less relevant.

OpenID shouldn’t be depending on TLDs. The decision to put .name in the actual spec was a bad one. If someone invents a .stupidmoron TLD and starts using it, it should just work of course but otherwise just stick with the same identifier you use anyway. For the moment, .com is easier to guess than .name or .tel (a recent addition).

@Jilles: huh? OpenID has never depended on TLDs, nor is there any mention of .name in the spec. In fact, OpenID 2.0 doesn’t even require DNS-based URLs. I could instead use my i-name, =will.norris, as my OpenID.

.name also is not all that new. In fact, it was among the very first set of TLDs created by ICANN back around 2000. It was the first TLD setup specifically for individuals, and makes a lot of sense. In any event, I’ve already merged the sites, so it doesn’t matter at this point.

@Odin: combination of two plugins, both part of the DiSo Project: