I’m not sure that anyone mentioned it really, but a couple of weeks ago was the one year anniversary of the DiSo Project. In that time, Chris and I were both hired by Vidoop to work on DiSo full-time, and Steve was picked up by Six Apart. We’ve also seen the entire discussion about these technologies, now dubbed the “Open Stack”, move forward tremendously. Because of that, I’ve changed how I explain the DiSo Project to people.

Early in the project, it didn’t seem like too many people were talking openly about the state of social networking. We all commonly referred to Facebook and MySpace as “silos” and “walled gardens”, but few people were talking about what the alternative would actually look like. Now, I’m sure there were far more people working on this than I realized… I have no doubt about that. But for me, it seemed like we were somewhat alone out there trying to figure out what protocols and technologies we could piece together to build a truly distributed social network. Because of this, I often described DiSo almost as a think-tank for developing the model and the technologies. We were writing code as well because we had to have a reference implementation that proved what we were talking about was possible, but I always de-emphasized that. Code comes and goes, dozens of implementations of these protocols will be written in different languages for different platforms, and that’s fine. What’s more important then, is the protocol itself. That’s what DiSo was all about… gathering (and creating when necessary) the collection of protocols necessary to make this stuff work. At least that’s how I viewed it, and explained it.

Today, the Open Stack is becoming very real. We have agreed upon standards for service and metadata discovery, authentication, API access, and contact information. We have commitments and production deployments from key players in this space including Google, Yahoo!, MySpace, AOL, Microsoft, and many others. What seemed like a small effort between a few individuals is now a full-scale shift of how we think about social interaction online. Just to be clear, I’m not trying to take credit for any of this stuff happening. The DiSo Project has played a small role in helping to shape and direct a few of the individual discussions, but this truly is a concerted effort between a lot of people who see the real potential for what we’re trying to do.

So where does this all leave DiSo today? Well, it’s obvious now that DiSo is not the think-tank for these technologies… they’re being developed all over the web, inside and between dozens of companies. Instead, I now put more emphasis on the code that we’re writing, because I think we represent a key principal of this entire Open Stack model.

The easiest example to give a layman for distributed social networking is “being able to interact with your Facebook friends using your MySpace account.” In the future, most people will likely have accounts with one or two of the large social networks or identity providers, and participate in the open web from there. With these large networks and providers at the table now, we can ensure that we develop a solution that will give users choice and the freedom to participate from anywhere. If this is truly going to be “user-centric”, then in fact, a user shouldn’t even have to join one of these large social networks in order to participate. Just like you can setup a server to host your own email instead of using a provider like GMail, you should be able to run your own server which provides the various pieces of the Open Stack. And that’s precisely where DiSo fits in – we’re working to provide the software that lets you participate in the open web from the comfort of your own domain. While there may be advantages to using one of the large providers, in order for this system to be truly open, then users must always have the option of maintaining complete control and running everything themselves. As soon as DiSo users become second-class citizens because they are not in one of the major social networks, then we’ve failed to achieve the level of openness we sought.

Today, all of my development for DiSo is being done in PHP, and most of it specifically for WordPress. Between myself, Steve Ivy, and Stephen Weber, we have basic WordPress plugins for OpenID, OAuth, XRDS-Simple, rich profiles (hCard), Activity Streams, contacts, and permissions. Many of them have work yet to be done before they are really stable and ready for mass consumption, but many can be seen right here on willnorris.com. Six Apart is also developing implementations on top of Movable Type, including the recently announced Motion, which provides some real cool functionality around activity streams. 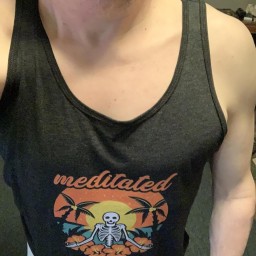 Well, it looks to me like you’re doing an incredible service for Wordpress. Not to mention the community of users.

Personally, I’m not very fond at all of the “social networking” technologies. If we were not a society so dominated by financial marketing interests and surveillance, I might think differently.

That being said, authentication mechanisms like OpenID are extraordinarily useful and beneficial. I don’t think that OpenID fits just into social networking technologies, though. It’s far more broad, or fundamental. I’m really grateful for your work, bringing it to Wordpress. Regardless of who’s done what, anywhere else.

marshall December 19, 2008
thanks for the overview will, and congrats on 1 year of this work!