So I’ve been as confused as anyone as to what the current Twitter reply system is actually doing, so I decided to try a quick experiment. Just like email replies (which I recently ranted about), there are two ways to designate a reply in Twitter. Akin to the subject of an email, you can prepend @username to your tweet, which is what most people are talking about with this recent change. However, the API also supports a hidden parameter named in_reply_to_status_id, which is pretty much like In-Reply-To in SMTP. This parameter is appended by twitter clients when you actually click “reply” on a specific tweet instead of just starting a new tweet. This is how message threading in Tweetie and other clients works. This is described in the Twitter API:

Now that note above is a little confusing. Can the @reply appear anywhere in the status text, or does it necessarily have to be at the beginning? I decided to take two twitter accounts – my own, and one I setup for a friend’s bridal shop – and see what combination of @username syntax and in_reply_to_status_id do and don’t get hidden.

You can see the two twitter streams below. First, the control, which shows all of my above tweets:

And then the experimental case, which is following me, but not Kevin Marks or Gabe Wachob:

So it looks like Twitter has at least done their best to be consistent, though it may not seem like it at first. As best as I can tell, two things will cause a tweet to be identified as a reply:

Including the in_reply_to paramter without the @username of the person you’re replying to, or including someone elses @username, or including @usernames anywhere else in the tweet, do not mark a tweet as a reply.

So if a tweet is marked as a reply, then the rules kick in which everyone is now complaining about… that you don’t see the replies of your friends if you’re not following the targeted user of the reply.

Stephen Paul Weber May 13, 2009
Thank goodness they haven’t taken the results out of Twitter search… tw2omb still delivers me all content :)

danfulbright.com/ May 16, 2009
My concern is that people will start doing replies in an unofficial way, to make sure they show up in other people’s streams. For example, not using in_reply_to and saying “To @username, I agree!” This will break threading, which is a Bad Thing (tm). 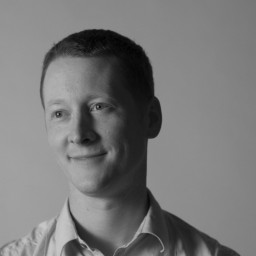 Lloyd Budd May 25, 2009
This is really good info. Though I’m most interested of how it works when tweeting to a couple or few ppl in a msg. I think I’m not adding ppl to conversations well, and should be careful not to reply to in those scenarios.