With Twitter being all the rage, there are plenty of stories out there about how different businesses are using it (and other social websites) to engage customers, boost sales, and provide customer service. One of the well-known early adopters of this kind of customer service is a lone employee at Comcast, using the twitter account @comcastcares. So when we had trouble with our Comcast internet connection this past weekend, I tweeted my frustration as my own little experiment and ended up being very pleasantly surprised.

My wife and I just moved to Portland a week or so ago and, though we really don’t like Comcast for television, their prices for high speed internet simply can’t be beat. We scheduled for them to come out the day after we moved in, and everything was setup without a hitch. There were a couple of times last week that our connection got a little flakey, but nothing too major.

Some time over this past weekend however, our connection dropped and refused to reconnect. I did all the normal troubleshooting stuff – power cycle the modem and the wireless router, switch out the coax cable, etc. Nothing worked. I figured maybe someone’s fireworks damaged the line, so I called 1-800-COMCAST. After running some tests, the technician suggested that it was likely a bad modem, and recommended that I go to the nearest service center and have them swap it out for a new modem.

I got the new modem around mid-morning, plugged it in, and absolutely nothing happened. Well, the “internet” light on the modem just blinked continually. Power cycle, switch out the coax cable, and still nothing. Another call to 1-800-COMCAST. After being incorrectly routed to a call center in California (where we previously had service), I spoke with someone that handled the Portland area, and he scheduled for a technician to come out. The way this works is that some kind of API call is made from the central call center to the local Comcast office with a request for a service appointment, and the local office replies with the next available time. If that time is okay, it’s booked for the customer. If it’s not okay, I guess another request is made… I’m not sure because we didn’t get that far. The next available time, according to this semi-automated system was 10am the next morning. Great, so now I had no internet connection for the rest of the day, and we were no closer to figuring out what is wrong.

Around 1pm, I tweeted about how flakey our Comcast internet connection was being. Now to be honest, I did do this with @comcastcares in the back of my mind. I had pretty low expectations that anything more could be done aside from sending out a technician the following day, but I figured I had nothing to lose. I got a couple of quick replies from friends recommending alternate internet providers, or places to get free wifi until my service was reconnected. But within a few minutes, I also got reply from @ComcastOrSWWa, a twitter account specifically for Comcast news and updates in Oregon and southwest Washington state. I sent them a direct messages with my address and phone number, and within a few minutes someone called asking if I would available for a technician to come by in a couple of hours. It took only 10-15 minutes and three short tweets to schedule a technician to come out the same day. I spent more time than that simply waiting on hold with the call center.

Update: So it looks like I gave Comcast a little too much credit here. Turns out that a certain influential someone I know in Portland saw my tweet and asked someone they knew at Comcast to help. That doesn’t change the fact that Comcast really was responsive and got the problem solved right away, but it doesn’t look like they were proactively monitoring Twitter for people having problems. Now I guess I’ll never know how much of the responsiveness was good customer service, and how much of it was because the right person happened to ask. (A person to whom I am now most appreciative)

When the technician arrived, it only took him a few minutes to diagnose the problem. Apparently, when the previous tenants of this house moved out, they requested that their service be turned off. This initiated a service request to disconnect the line, which was sent out to a local cable company which Comcast contracts with. Apparently, that service request didn’t actually get completed until this past weekend… five days AFTER we had our new service connected. When our new service was activated, the old disconnect order should have been cancelled, but it wasn’t.

There are two big places Comcast could have done better here. First and foremost, our service never should have gotten disconnected in the first place. There’s really no reason why the disconnect order shouldn’t have been immediately cancelled as soon as a new customer at the same address sets up new service.

Secondly, I’m amazed at how Twitter resulted in a sooner service time than when I tried using the standard support channels. Well, actually I’m not all that surprised. When the call center schedules a service appointment, it’s all done on computer and uses some kind of scheduler to find open times. However, when I chatted with the local Portland Comcast folks on twitter, I imagine that they were able to look and see what technicians were already in my area that afternoon and might be able to squeeze in one more appointment. Logistically, you’re not always able to do this because you don’t know how long each job is going to take and such. But it would have been great if the call center could have done something similar… either through the same scheduling API they already have, or by picking up the phone and talking with someone from the local Portland office.

Credit where it’s due

The other big take-away here is that the local Comcast folks in Portland (and Theressa in particular) deserve a lot of credit for how they jumped on this. We’re seeing more and more companies setup “official” accounts on services like Twitter to interact with customers, but more often than not it’s the individual, local employees. I highly doubt that the ComcastOrSWWa twitter account was setup because someone at Comcast corporate instructed them to. Instead, it was employees within the company that actually “get it” and realize the power of using tools like this to reach out to customers. While there is always a danger with employees acting as “company spokesperson” in a way that has not been sanctioned by the company, they’re also the ones that are helping to save (or rebuild) the company’s reputation. They’re the ones helping build the company’s whuffie, and they certainly deserve to be recognized. 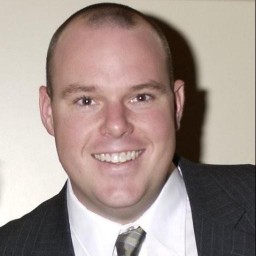 Kudos to them for responding and fixing.

But if you had Verizon FiOS, your service would never go out. 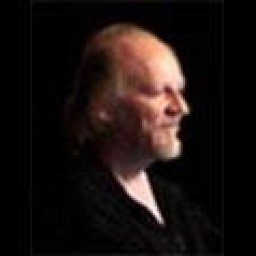 mklprc July 7, 2009
I agree; it is sometimes possible to find someone good at Concast phone support. I call them often as I set up systems for clients and sometimes talking to their help line is necessary. One guy turned out to be a personal Linux user and really knew his stuff. He was sharp and easy to work with. Unfortunately, that was the only time I talked to someone more than barely adequate; most of them are minimum-wage script readers who can't think independently at all.

Will Norris July 7, 2009
@mklprc: While I agree that sometimes the phone support folks aren't as knowledgeable as one might like, that really wasn't the case here. Because my line had been physically disconnected, there really was nothing that could be done to troubleshoot my modem remotely. If anything, that would be another thing that should be added to Comcast's internal support system. Why wasn't the technician doing phone support not able to pull up all recent service requests for my address? If he had been able to, he would have clearly seen that a work order to disconnect service was recently performed. Or perhaps he was able to do such a lookup, but failed to. In that case, it would be a matter of training the phone techs better on what all they should check when troubleshooting an issue like this. 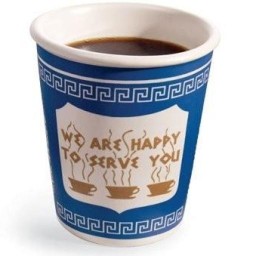 I agree with you that Theressa rocks (and is the smart local impetus behind creating @ComcastOrSWWa).

She also makes a killer raspberry freezer jam as well...!