This morning I committed the one remaining update I was really holding off for in releasing wp-openid 2.0. Previously, the plugin set a comment type of openid for OpenID comments, and then used some clever trickery to expose the expected value of comment to the rest of WordPress. Well, almost the rest of WordPress… it still caused some problems with other plugins and such. Even more than those issues, I really wanted to get this committed because it requires a database schema change, and I really don’t want to make schema changes in point release so it was now or never. So now the plugin adds a new openid column to the comments table which stores a boolean value indicating whether the comment was left with an OpenID or not. This simplifies the logic quite a bit, should fix any problems with other plugins, and will make it easier to migrate to a real solution if and when that becomes available. The logic to upgrade to the new schema is pretty simple, but as always I’d strongly recommend you backup your database first if you are attempting this in production. You will want to deactivate the plugin, upgrade, and then reactivate… really, it likely won’t work otherwise.

So this brings me to my request of all of you. First of all, please grab this latest version out of svn and try it out. But second, if you have any outstanding bugs please submit them to Trac, even if you have already emailed me about them, as we have multiple people working on the plugin now. For those not aware, Alan Castonguay, the author of the original wp-openid plugin I forked, rejoined the development efforts several weeks ago. He’s focussing a lot on wordpress-mu compatibility, but as the original author he’s quite qualified for fixing whatever bugs creep up. If you have feature requests, go ahead and submit them to Trac as well so that we don’t forget about them, but don’t be hurt if they are not in the 2.0 release. 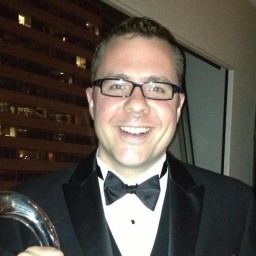 Dumb question here: where do I get an account to login to the Trac? Got a bug when doing a post to my blog right now with latest version.

Will Norris November 8, 2007
wp-plugins.org uses the same accounts as the wordpress support forums, so you can register at http://wordpress.org/support/register.php

Hmm, I'm trying out rev24325 on my site, and I get the following error on single post pages, right above the displayed comments.

What could be causing this?

Will Norris November 8, 2007
@sairuh: did you deactivate and then reactivate the plugin? I sometimes do it a couple of times for good measure.

I still get the error, even after I deactivated/activated the plugin about four times.

Out of curiosity, I viewed my wp_comments table, and there doesn't seem to be an openid column. Odd. I recall disabling the plugin before I installed the more recent revision, fwiw.

Will Norris November 8, 2007
please submit a bug in the Trac URL mentioned in the post, and we can work it out there.

Oh, I'm glad to see this. I've been fighting with the original wpopenid from VerseLogic, despairing at the out-of-date plugin page and unmaintained bug list.

Hopefully, I'll have better luck with a, y'know, actually up-to-date version of the thing. :-)