I guess I never actually mentioned it here on my site, but I’m getting married in two weeks. If you remember, I originally moved to California for Elisabeth a little over two years ago, and now we’re finally getting married. We’re both definitely excited about it, but at least for the next week and half we’re just stressed out trying to get everything ready.

Every marriage counseling book in the world would probably recommend otherwise, but I’m also taking a new job when we get back from the honeymoon. I resigned my position at USC early last week, and my last day will be next Friday April 25th, 2008. It is a bit bittersweet, as I really wish I would have had the time to wrap up more of the unfinished projects I’m leaving behind, but I trust that they are in good enough hands and will be well cared for. If things go as planned, I will continue on as part of the core Shibboleth development team, which I feel is very important. There are a few major additions to Shibboleth we’ve talked about adding, but simply haven’t had the time. The primary attraction to the new job is quite simply the work I’ll be doing and who I’ll be doing it with – I’ll finally be able to really dig in to some of the projects that haven’t received the level of attention I would have liked to give. Aside from that, I don’t think I’m ready to say too much else about the new job, only that it is in San Francisco and that we will be moving up there as soon as the wedding is over and we find a place.

Congrats Will, and welcome to San Francisco. I'm definitely excited about the next chapter for you and Elisabeth -- and the things you're going to be working on! 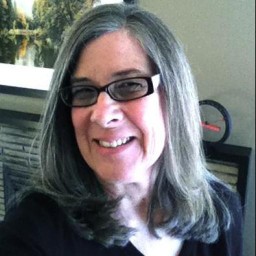 You don't know me ... scary way to start ... sorry! Just saw your Falkner Winery pix, which is why I located you. Our daughter is getting married there in a bit over a month.

As a fellow Christian I thought I could at least send my congrats, and wish you and your wife all the best. (You are moving up into my neck 'o the woods, but I'm guessing we'll never cross paths; my music is a bit ... well ... older (?) ... different (?) ... that what you probably like.)

Cheers and Be God's- pm

(No, I don't expect you to respond ... just couldn't help commenting. You make a beautiful couple!)

Moving to San Francisco June 28, 2008
[…] I’ve previously mentioned, I started a new job at Vidoop a month or so ago which will have Elisabeth and I moving […]