So it’s not exactly news at this point, but it is indeed true that as of today I am now employed by Vidoop. This has been a few months in the making, so I figured I’d explain a little of why and how we got to this point.

I’ve been working in the Identity Management space for a few years now. I started getting involved with the Shibboleth project while at the University of Memphis. After a year and a half, I moved to California and took a job at USC working in their middleware group. I’ve spent the last two years there helping to develop and manage various parts of the Identity Management cloud including the LDAP directories, meta-directory processes, and their Shibboleth environment. In October 2006 I formally joined the core Shibboleth development team, focusing on the Shibboleth 2.0 Identity Provider.

Meanwhile, I have also been toying with OpenID for a couple of years. In early 2007 or so, I sort of took over development of Alan Castonguay’s OpenID plugin for WordPress. I started with a couple of new features, then worked to add support for the latest OpenID protocol, lots of code refactoring, etc. I got to know characters like Chris Messina, Scott Kveton, and a host of others. I continued making updates to the WordPress plugin as I had time, but it never felt like enough. Don’t get me wrong, I certainly enjoyed the work I was doing at USC and with Shibboleth… I just would have liked to have had more time for everything else as well. Every now and then Chris or Scott would prod me about going to work at Google or somewhere to spend more time on OpenID and related technologies, but I wasn’t ready to leave my work at USC.

Late last year, Chris Messina and Steve Ivy announced the DiSo Project, initially based on my updated wp-openid plugin. Within the first week after it was announced, I sat down with Chris and Steve and we decided it would be best to officially move the wp-openid plugin under the DiSo umbrella to allow for tighter integration with the other planned work. Then a lot happened this last February in the social networking space – Google announced the Social Graph API and SGFoo really got people talking more about enriching the OpenID endpoint (among other things). Things were beginning to move pretty fast, and I felt like if I didn’t jump in now then I’d end up watching all the great new developments from the sidelines. I spent the next few months interviewing with a number of companies active in this space and made a couple of trips to San Francisco to talk with them in person.

In the end, a dinner conversation with Luke Sontag had me sold. I was quite familiar with Vidoop and their OpenID provider, knew they had a great development team, but had always been a little skeptical of the company. After Luke gave me a better picture of their overall vision and where technologies like DiSo fit into that picture, I knew that these guys really “get it”. They understand the importance of what DiSo is trying to do, and more importantly they are willing to do their part in making it a reality. I love Vidoop’s OpenID implementation and have been using it since before I took this job, but that’s not why I did. I took the job because the team at Vidoop know their shit, they know the kinds of problems we’re up against, and they are ready to take a shot at developing some real solutions. Well that and I really can’t wait to get started working with Chris a lot more. :)

Michael Richardson May 15, 2008
I can't wait to work with you, Will! It's very exciting stuff. 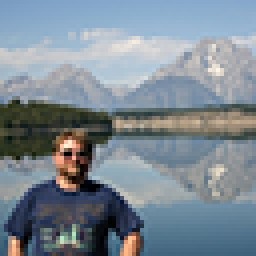 Mike Jones May 19, 2008
Congratulations Will! The Vidoop folks are doing some exciting stuff and this sounds like a great fit for both of you.

Will Garcia May 21, 2008
Congrats on the new job! Also, I wanted to thank you for updating the OpenID plugin for WP. Just wanted to suggest to use the class "form-table" instead of "optiontable" in the options page of the plugin to have a more consistent look with WP2.5. Anyway, thanks for the great plugin.

Will Norris May 21, 2008
@Will Garcia: ahh, good call. I've updated trunk to better match the style of whichever version of wordpress you are running.

Moving to San Francisco June 28, 2008
[…] I’ve previously mentioned, I started a new job at Vidoop a month or so ago which will have Elisabeth and I moving to San […]

Vidoop Goes Ten Rounds With Grim Reaper | google android os blog June 2, 2009
[…] brightest minds and most vocal advocates in open source today, including Messina, Scott Kveton, and Will Norris. Here’s hoping the company can pull something from its sleeve and live to see another […]

The Fall of Vidoop | FactoryCity June 5, 2009
[…] with Kveton’s encouragement, I accepted their offer, pulling in Will Norris and announcing the news a month later — news that was met rather […]